“Intrigued by the origin of Seduction, Amber Ambrose Aurèle has developed shoes straight out of the Garden of Eden that represent the contrast between good and evil in women – a power that was strong enough to cause the downfall of mankind.

In a quest for the origin of Seduction, Amber finally came across the Biblical “Garden of Eden”. She was intrigued by the seduction being represented here by evil: the serpent making a distinctive condemnation. Even in the Garden of Eden, paradise on earth, one needs an evil force to define righteousness: darkness for light, repulsive for all beauty. Eve, who represents the cause of all misery by falling for the seduction of the serpent, holds the two sides of both good and bad. Amber set out to find the good in Eve, who is commonly displayed as weak and depraved, as the evil in paradise. Amber’s research brought her two female figures that represent a great deal in Catholicism: evil Eve who ruined it all for mankind, and Mother Mary who had given birth to the son that would take away the original sin and save all of mankind. Designing this shoe-collection, Amber reasons from two distant standpoints concerning our thoughts on women. On one side we have a femme fragile, a woman with outspokenly feminine characteristics who represents all that is good within human- kind (obviously represented by Mother Mary), and on the other side we have Femme Fatale: a woman with masculine characteristics, especially harshness and merciless, who will be your downfall (obviously represented by Eve).

She captured the contrast of these two opposites as her inspiration, wanted to work with the most sweet and innocent in seduction for the most feminine portrayal, with attention in mind for fragility and instability. For femme fatale she chose to focus on dark seduction, power and sexual desire. With both defined, she came to find that a combination of both was needed, which would carry and display both sides. This combined form is the image that hovers over both; a woman conscious of her sexual tension but at the same time uses her womanly features of instability and softness

The triptych focuses on sin found in the purest places and beauty found in the darkest places: the capability of merciless sensuality in femmes fragiles and sweet persuasion in femmes fatales. Amber worked with irtatious feathers on her seductive heels that are signature sky-high. Ultra-feminine straps imply the serpent’s dark seduction. Original Sin(suality) illustrates what women are capable of: having soft and fragile characteristics and being empowered sexually at the same time..“ 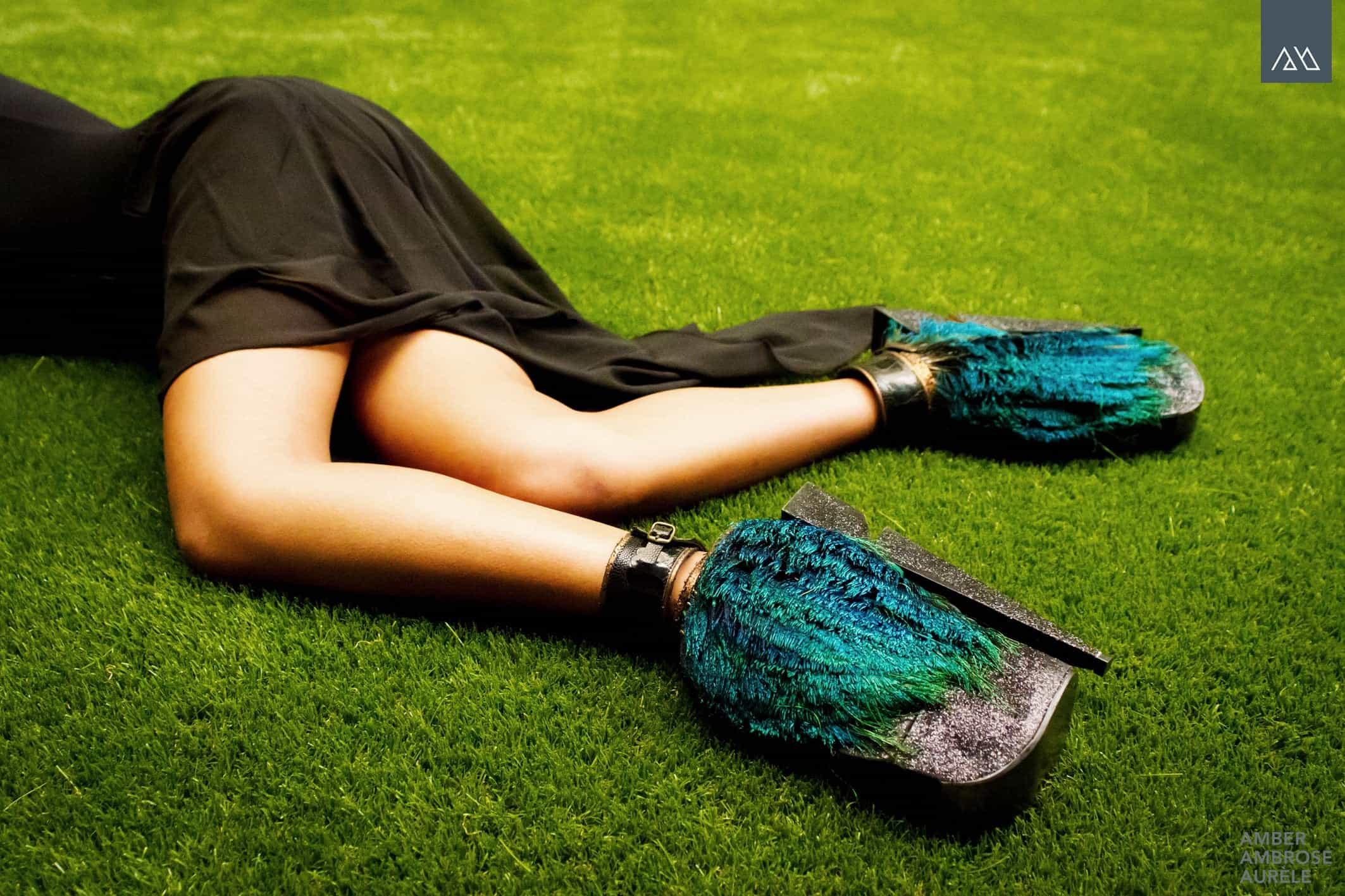 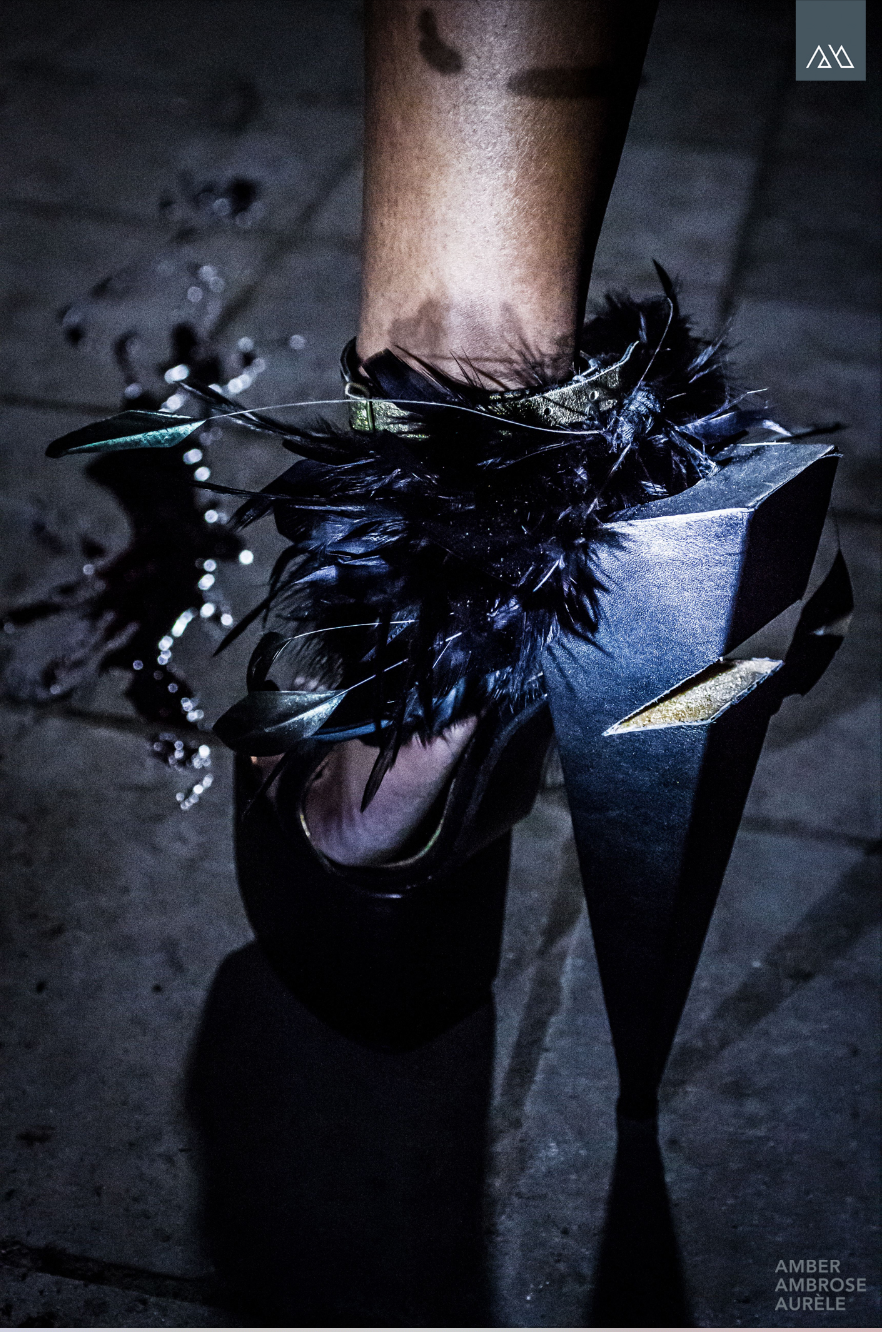 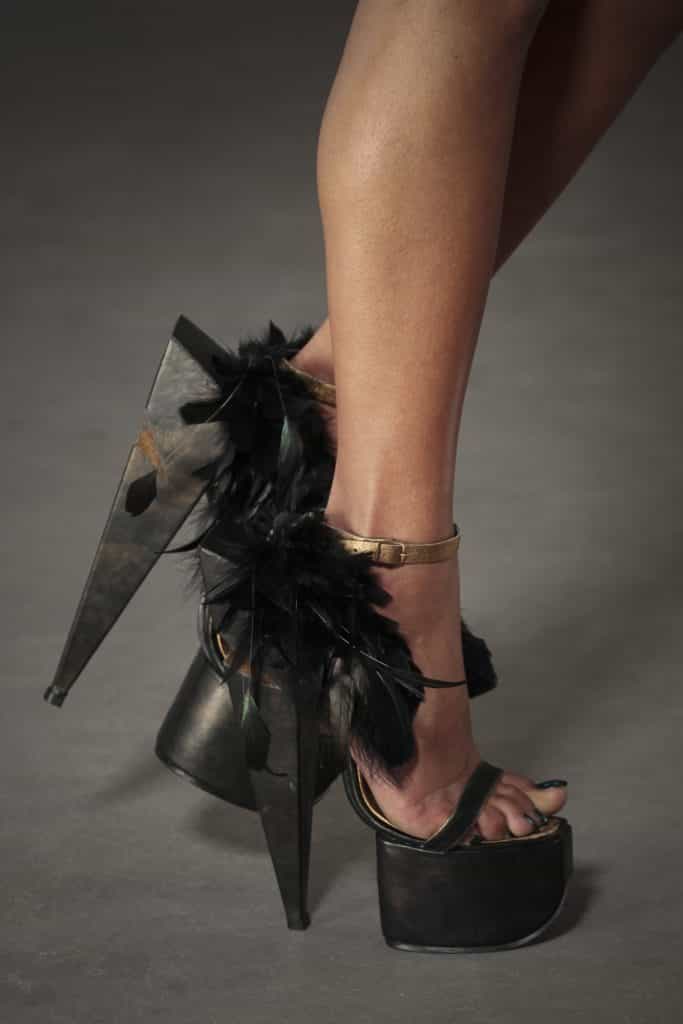 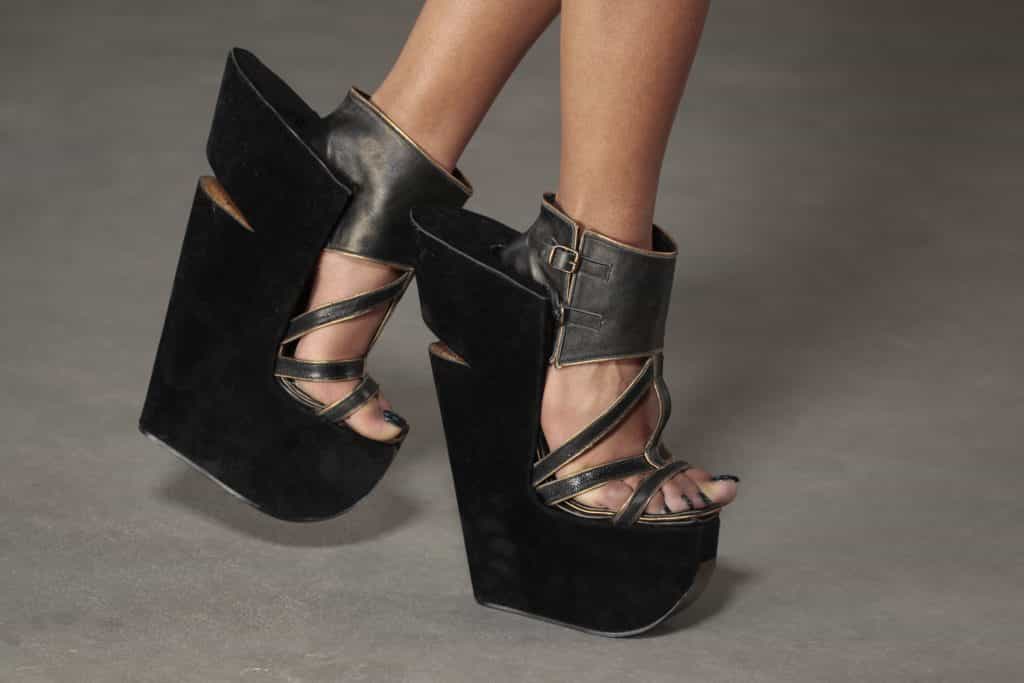 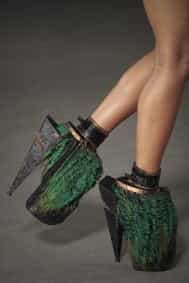 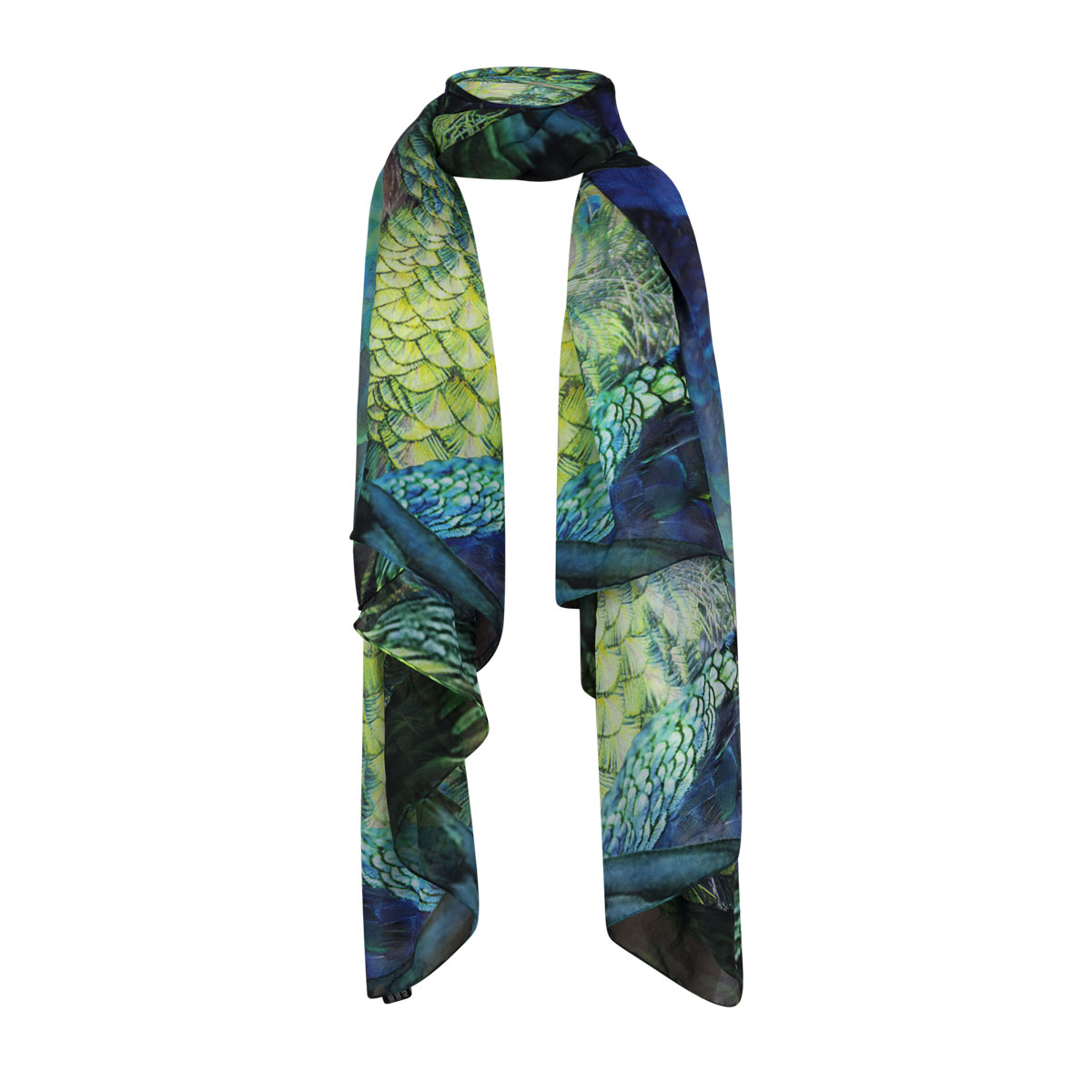 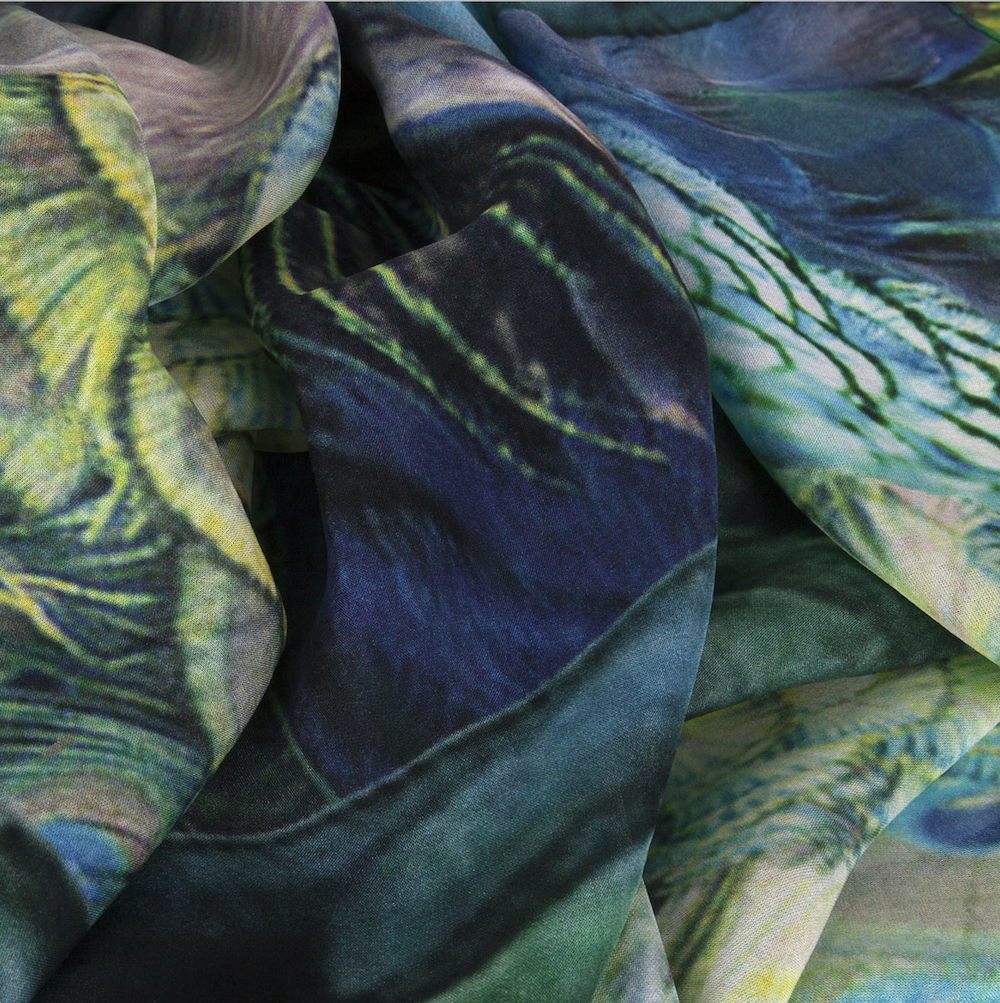